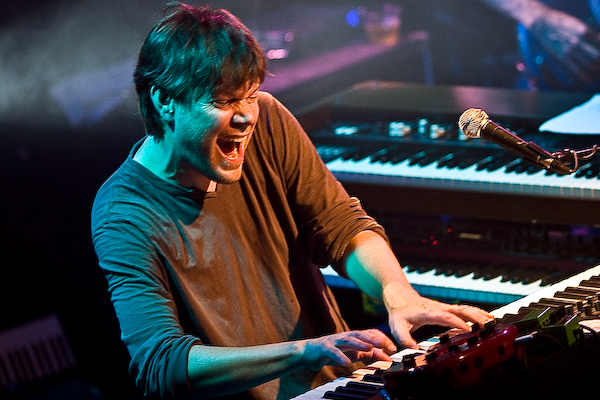 THE LEGENDARY KEYBOARDIST OF THE STRING CHEESE INCIDENT MAKES WARREN STATION A STOP ON HIS BREWSKI TOUR FRIDAY, JANUARY 12TH

Winter at the Station kicks 2018 into high gear with an unprecedented concert lineup that includes the likes of the Motet, Eminence Ensemble, Head for the Hills and up this Friday, January 12th, Kyle Hollingsworth Band.

Winter 2018 will go down in the Keystone venue’s books as the winter of music with new bands, new events and more varieties of music then the venue has ever put forth in its seven and a half year history. The fact that Kyle Hollingsworth, keyboardist from the String Cheese Incident, joins the 2018 Warren Station winter lineup punctuates the venue’s dedication to bringing quality music to Summit County.

Hollingsworth will be releasing his new album “50” later this spring, March 2, and the night’s set list is sure to include some new material along with songs more familiar to his fan base. Get there early and check out openers the Cycles a three piece band that blends several musical genres including rock, jazz, hip-hop, soul, funk and more. Based out of Denver, the band has an ever-developing sound making no two performances alike. This combo is sure to deliver a great start to the holiday weekend and with night skiing at Keystone until 8pm you can get in some runs before the show!

Thirty years ago, Kyle Hollingsworth set out on a career in music. Today, as a member of acclaimed jam masters The String Cheese Incident, Hollingsworth is revered by both peers and fans for his ability to write and perform in a mosaic of styles, from rock to classical, ragtime to bebop. Playing in SCI has allowed him unrestricted access to the world of music, and has bestowed on him the kind of fearlessness a composer needs to flirt with such disparate genres. Those who’ve seen SCI know that they can jerk from funk to bluegrass on a chord change. His most recent release, titled Then There’s Now, finds the musician coming in to his own. With solid song material and a slamming new band, Kyle is making his mark in the new, always-evolving music scene. Then There’s Now delivers a blend of vocal and instrumental tunes and seamlessly displays his growth as a musician and as a songwriter.

PICK YOUR PASSION – KEYSTONE RESORT’S 2018 SUMMER FESTIVAL LINE-UP HAS IT ALL!